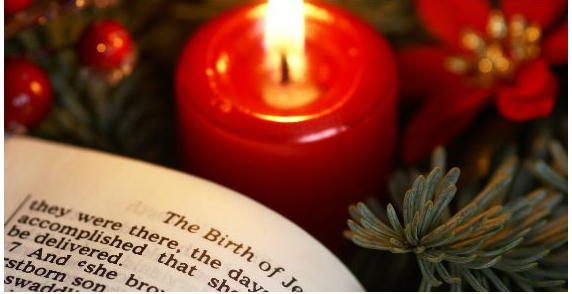 When I was in seminary, we learned how to become detectives as it related to scripture. We were taught to ask questions about the author’s intended message, and to gain insights into how his own readers would have heard and understood it. And generally speaking, we explored the texts according to five categories, or “criticisms.” The major types of biblical criticism are: (1) textual criticism, which is concerned with establishing the original or most authoritative text from the various readings of ancient manuscripts (including the Q source-documents which many scholars believe informed the basis for Matthew and Luke’s Gospels); (2) philological criticism, which is the study of the biblical languages in order to gain an accurate knowledge of the vocabulary, grammar, and style of the period; (3) literary criticism, which focuses on the various literary genres embedded in the text in order to uncover any evidence concerning the date and place of composition, authorship, and original function of the various types of writing that constitute the Bible; (4) tradition criticism, which attempts to trace the development of the oral traditions that preceded written texts; and (5) form criticism, which classifies the written material according to the pre-literary forms, such as “parable” or “hymn.” This supports exegesis (carefully extracting the text’s original meaning) and minimizes eisegesis (injecting our own presuppositions, agendas, or biases into the text).

Approaching scripture like this is, in some ways, comparable to Spiritual Direction; because Spiritual Direction seeks to peel away all that impinges on God’s truth in our lives, the way these “criticisms” seek to find God’s truth in scripture. And one way to understand the former process is to name what we think and/or feel about a circumstance, issue, or decision, what our family and friends think and/or feel, what church believes (perhaps informed by Richard Hooker’s three-legged stool: scripture, tradition, and reason), and what society and culture thinks and/or feels about it. And while we don’t dismiss these perspectives “out of hand,” we do mentally “set them aside.” And what we’re left with, what we hope to be left with, is God’s will –– what God’s authoritative voice says about that same circumstance or decision. God’s truth. And sometimes, what we discern God to “say” is in line with these other “voices.” And sometimes it is not.

But regarding exegesis, two of my favorite stories from seminary are that (1) while many of us are familiar with the Sunday school song about how “Joshua fought the battle of Jericho, and the walls came tumbling down” (Joshua 6:20), my Old Testament professor shared that according to the archaeological evidence, Jericho had already been rubble for about 800 years before Joshua was even born. And (2), while many of us associate monotheism with Judaism (it was given expression in the Shema: Hear O Israel, the Lord our God, the Lord is ONE); there were, in the first Temple, stone pillars erected to the Canaanite goddess Asherah (who was considered to be YHWH’s consort). And these pillars remained in place for about 400 years, until King Hezekiah had them torn down. And in both of these stories, things were not quite what we were told they were. Careful reading and some exegesis, exposed some inaccuracies. Which brings us to Christmas.

Mark’s Gospel opens up with John the Baptist who baptizes Jesus, who then (immediately) begins his Galilean ministry. Jesus is already an adult. There’s no infant narrative here. Luke’s Gospel begins with the baptist’s birth foretold, and that meeting between Elizabeth and Mary, and Augustus’ decree that all be registered, and the Inn with not enough room, and Jesus being laid in a manger wrapped in bands of cloth, and the shepherds and an angel and a multitude of the heavenly host praising God. Only Matthew’s Gospel contains the story about the Wise Men coming to Jesus to pay him homage and bring him gifts; and by the time they arrive, Jesus is about two years old.

Yet much of Christendom does with these Gospel stories, what happened with my two seminary stories. We either conflate them (as with Joshua and Jericho) or we minimize them (as with Asherah’s stone pillars); and in our nativity sets (or perhaps in our telling of the story), we bring the Wise Men right alongside the infant Jesus. And when we do that, we conduct a bit of eisegesis.

But the broader vision of our seven-week Advent is intended to help us maintain the most accurate perspectives by refining our discernment. It helps us lift our gaze up from the manger and towards the cosmos; from decorating our trees with ornaments to decorating ourselves with the qualities God holds in highest esteem; from consumerism to selflessness; and from giving gifts to each other to giving the gift of ourselves to God.

It’s hard work. I fail at it regularly. But while we don’t discard our family’s traditions or practices “out of hand,” we lovingly and respectfully peel away all of the cultural “voices” which clamor for attention, so what we are left with is the clarity of what God says to us, and are –– as the Angels say –– unafraid to live into it; and so when you’re making up your Christmas list, make sure there’s something for God on it too.

This site uses Akismet to reduce spam. Learn how your comment data is processed.