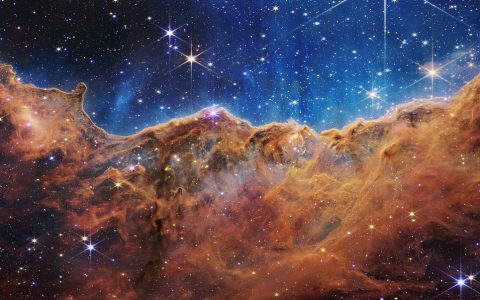 In March 1616, the Catholic Church issued a prohibition against the Copernican theory, which claimed that the Earth was not at the center of the universe (geocentric), but that it rotated around the Sun (heliocentric). This led to the Inquisition and Condemnation of Galileo Galilei (in 1633) as a suspected heretic for his subsequent astronomical observations (such as mountains on the Moon, satellites around Jupiter, phases exhibited by Venus, and sunspots), which did not conclusively prove Copernicanism, but
provided new evidence in its favor and which refuted some older objections to it.

The James Webb Space Telescope (sometimes called JWST or Webb) is a large infrared telescope with a primary mirror that is 21.33′ in diameter (compared to the Hubble Space Telescope’s 7.83′ diameter mirror). As a space telescope which conducts infrared astronomy, it is the largest optical telescope in space; and its high resolution and sensitivity allow it to view objects too old, too distant, or too faint for Hubble. The telescope was launched from Kourou, French Guiana; and in January of this year, it arrived at the Sun–Earth L2 Lagrange point (a point in space that is 930,000 miles away and at which the combined gravity of the Sun and Earth allow it to stay in a fixed place relative to the other two).

The Webb telescope will be the premier observatory of the next decade, serving thousands of astronomers worldwide. It will study every phase in the history of our Universe, ranging from the first luminous glows after the Big Bang, to the formation of solar systems capable of supporting life on planets like Earth, to the evolution of our own Solar System.

Webb is an international collaboration between NASA, ESA (the European Space Agency), and the Canadian Space Agency (CSA). NASA’s Goddard Space Flight Center in Greenbelt, Maryland managed the development effort, while the Space Telescope Science Institute is the facility which operates Webb.

Coincidentally, the JWST was launched on December 25, 2021. Using its infra-red telescope, the JWST observatory will examine objects over 13.6 billion light-years away. Because of the time it takes light to travel across the Universe, this means that the JWST will effectively be looking at objects as they appeared 13.6 billion years ago (an estimated 100 to 250 million years after the Big Bang). This will enable it to focus on four main areas: the first light in the universe, the assembly of galaxies in the early universe, the birth of stars and protoplanetary systems, and planets (including the origins of life.) The James Webb Space Telescope adds unprecedented and almost incalculable amounts of data onto what Copernicus and Galileo knew and understood.

In the 13.6 billion light-year universe about which we know, there are exploding stars called supernovas. There are galaxies whose combined gravity draws them into each other. And within these galaxies (our own Milky Way included) there are black holes whose gravity is so powerful that not even light can escape. And in some human families, there can be emotional explosions. There can be extended and blended families which come together as one. And there can be those relatives with personalities so magnetic that it’s impossible to resist them.

It’s on December 25 that we also celebrate the Incarnation––the coming of God as the Christ child. In the Gospel of John, we read that “In the beginning was the Word, and the Word was with God, and the Word was God. He was in the beginning with God. All things came into being through him, and without him not one thing came into being. What has come into being in him was life, and the life was the light of all people. The light shines in the darkness, and the darkness did not overcome it.”


And looking back even further, at God’s command all things came to be; the vast expanse of interstellar space, galaxies, suns, the planets in their courses, and this fragile earth, our island home. From the primal elements God brought forth the human race, and blessed us with memory, reason, and skill. And in the fullness of time God sent God’s only Son, born of a woman, to fulfill God’s Law, to open for us the way of
freedom and peace.

God brought us forth from the primal elements. The same primal elements which exist in the Carina Nebula pictured here, and in which JWST has revealed emerging stellar nurseries and individual stars. And while John’s Gospel may be referring to the visible and infra-red light that Hubble and the JWST can detect; I think it’s more than that. That “the light that shines in the darkness” is the light of hope. Our seven-week Advent is redirecting our awareness to God’s plan for all of creation, and revealing more insights about the human race. And while we live in a time of some chaos and uncertainty, the
darkness didn’t overcome the light, and it never will. God came to us to give us freedom and peace –– and therein lies our hope for new light and life!